Many authors claim to have known their calling from a young age. Liz Schulte, however, didn’t always want to be an author. In fact, she had no clue. Liz wanted to be a veterinarian, then she wanted to be a lawyer, then she wanted to be a criminal profiler. In a valiant effort to keep from becoming Walter Mitty, Liz put pen to paper and began writing her first novel. It was at that moment she realized this is what she was meant to do. As a scribe she could be all of those things and so much more.

When Liz isn’t writing or on social networks she is inflicting movie quotes and trivia on people, reading, traveling, and hanging out with friends and family. Liz is a Midwest girl through and through, though she would be perfectly happy never having to shovel her driveway again. She has a love for all things spooky, supernatural, and snarky. Her favorite authors range from Edgar Allen Poe to Joseph Heller to Jane Austen to Jim Butcher and everything in between.

Halloween is upon us. It is my favorite time of year. Growing up I always loved everything and anything scary. Naturally, I became a writer. I like to incorporate a little ghostly presence in most of my mystery novels because the unknown element is one that is frightening to me.

One of the questions I am asked the most is do I believe in ghosts. I normally tell people I am an open minded skeptic. What I mean by that is I don’t necessarily believe, but I am willing to accept there are a lot of things in this world I cannot explain. However, when I travel I try to stay in haunted locations and there is nothing I love more than a good ghost tour. In fact, The Ninth Floor was inspired by one particular ghost tour I went on. But that isn’t the story I am going to tell you today.

Recently I went on a ghost tour of the Missouri State Penitentiary, once known as the bloodiest 47 acres. It is infamous for the inmates it held, the violence contained within its walls, and the more recently for the ghostly sightings. Syfy’s “Ghost Hunter”,Travel Channel’s “Ghost Adventurers”, and I am sure many more have all done investigations of this former penitentiary to the same result—it’s haunted.

The tour started at 9:00 p.m. I arrived with my friend and the tour started. At first it seemed there were too many people to really get the full effect of the creepy, deserted prison at night atmosphere. I had been on the history tour before and the ghost tour was just as good. Both times I have been there the group was guided by a former prison guard who actually worked within the walls. The stories they shared of what it was like inside are riveting.

I didn’t see or hear anything noteworthy in the first half of the tour. It wasn’t until we headed to the oldest building and were taken down to “the hole”. We were directed to enter one of the cells. The first cell I went into was too crowded so I moved to the next. It wasn’t crowded, only one other person, but it also didn’t feel creepy and that was what I was looking for. I went down the narrow hallway to the other row of cell doors and entered the first one. Immediately it felt different than the others. I didn’t let that bother me—that was what I paid for.

The tour guide flipped off the lights so we could experience solitary confinement. Immediately the room felt massive, though I knew it was compact. It was disorienting so the first noise I heard I dismissed as an overactive imagination. It was something like a growl that came from my right hand side behind me. I shook off any fear and continued to allow the experience to build. Next I heard what sounded like a yowl. The best and most accurate way I can describe it is it sounded like a person pretending to be an angry cat. It was quite loud and real sounding. It happened two times and the tour guide asked who made that noise. No one answered. He repeated the question and still no one confessed.

I can’t say whether or not it was a ghost, but I will say it was one of the strangest experiences I have ever had.

Thank you for having me and please check out my mysteries for more creepy fun!

Visit Liz’s website to learn about her many other books. 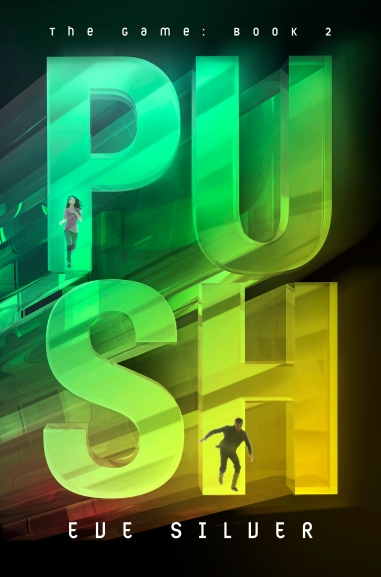 It’s either break the rules or die.

Miki Jones lives her life by her own strict set of rules, to keep control,
to keep the gray fog of grief at bay. Then she’s pulled into the Game,
where she—and her team—will die unless she follows a new
set of rules: those set by the mysterious Committee.

But rules don’t mean answers, and without answers, it’s hard to trust.
People are dying. The rules are unraveling. And Miki knows she’s
being watched, uncertain if it’s the Drau or someone—something—else.
Forced to make impossible choices and battling to save those
she loves, Miki begins to see the Committee in a glaring new light.

And then the Game crosses a new boundary, pushes harder into
Miki’s and her friends’ lives, and there’s nothing in the rules that
can save them now. Push is the sequel Rush fans will be screaming for. 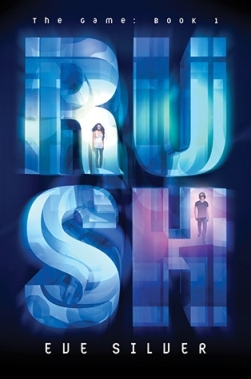 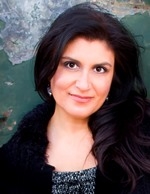 Eve Silver lives with her gamer husband and sons, sometimes in Canada, but often in worlds she dreams up. She loves kayaking and sunshine, dogs and desserts, and books, lots and lots of books. Watch for the first book in Eve’s new teen series, THE GAME: RUSH, coming from Katherine Tegen Books, June 2013. She also writes books for adults.

Harper Teen is offering an ARC of PUSH as the prize, which will be mailed to

the winner early 2014, as soon as ARCs become available. (US and Canada only)