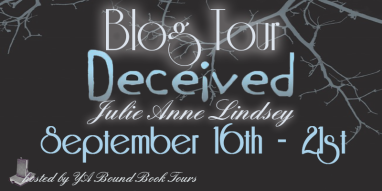 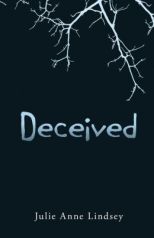 Ever since she could remember, Elle has had to hop from town to town to keep up with her dad’s demanding career as a corporate insurance agent. Each time, a reoccurring nightmare followed her wherever she went – until the day that the frightening figures haunting her at night became all too real. When news of a serial killer spreads throughout her new school, Elle worries that the Reaper has been leaving her his calling card in the form of cigarette butts on her doormat and an unusual ribbon in her locker. With the help of Brian, a boy she meets at a flea market, she discovers that this isn’t her first encounter with the murderer and that her father has been concealing her true identity for the past twelve years. But despite her father’s desperate attempts to protect her, Elle still comes face to face with the darkness she has been running from her whole life. Trapped in the woods and with help hundreds of miles away, will Elle be able to confront the Reaper and reclaim the life she lost?

Young adult fiction is largely focused on the dystopian and fantasy genres these days so I’m always glad to find a novel rooted in mystery. Deceived falls into that category quite nicely  and hits a lot of my hot spots.

The whole point of a mystery is to present the reader and the protagonist with a situation filled with questions and then the reader follows the protagonist through solving the puzzle(s), sometimes leaping ahead by figuring it out first, either by the author’s design or because the clues are somewhat obvious. In this case, I did have a pretty good idea early on—and my guess turned out to be correct—but that didn’t diminish my enjoyment of Elle’s journey at all.

Elle is a character with some depth and I felt her need for stability after a lifetime of constant moves but, of course, any reader would know that her thinking she’s finally come to a place to call “home” is merely a lead-in to her learning a great deal more than she could ever have foreseen. Yes, she makes some choices that are naive and ill-considered but she is, after all, a teenager who has been protected all her life by her father so we shouldn’t expect her to be all-seeing, all-knowing and totally mature. Elle behaves pretty much as I would have expected my own teens to behave in a similar scenario.

The one thing that absolutely did not work for me was the romance. I hate so-called “insta-love” because it’s trite, makes no sense and almost always casts the girl in a bad light for being so idiotic. People say boys are ruled by their hormones but I really think girls put boys to shame when it comes to losing all sensibility over the opposite sex. That failure of good sense becomes even more important when Elle realizes she may be in the cross-hairs of a serial killer known as the Reaper and she will be even more surprised at some of the secrets that come to light.

When push comes to shove, Elle’s intelligence kicks in when she needs it most and she becomes the strong-minded girl I like to see in a novel of suspense. Despite an occasional plot hole and my irritation about the romance, I enjoyed Deceived and I’m looking forward to trying some of Ms. Lindsey’s other titles. 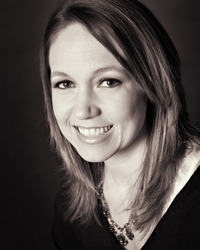 Julie Anne Lindsey is a multi-genre author who writes the stories that keep her up at night. In 2013, Julie welcomes five new releases in three genres including her newest title, Deceived, a YA suspense from Merit Press, and her first cozy mystery, Murder by the Seaside, book one in the Patience Price, Counselor at Large series from Carina Press (a digital imprint of Harlequin).

Julie is a self-proclaimed word nerd who would rather read than almost anything else. She started writing to make people smile. Someday she plans to change the world. Most days you’ll find her online, amped up on caffeine and wielding a book.

Julie is a member of the International Thriller Writers (ITW), Society of Children’s Book Writers & Illustrators (SCBWI), Sisters in Crime (SinC) and the Canton Writer’s Guild.

Want to maybe win a cool prize? Check out the Rafflecopter giveaway.