Victor Hugo wrote in the nude.  T.S. Eliot wrote wearing pale green, lily-of-the-valley face powder and lipstick.  And Dan Brown devises his plots while hanging upside down like a bat on a special inversion therapy frame.  Keep these pictures in mind and I’ll get to the pigeons in a minute.

Most writers have their established rituals.  They have settled on an optimum time of day to write and a preliminary habit or exercise that tees up the ball, so to speak.  James Joyce played the piano before he started writing.  Don DeLillo stares at a photograph of Jorge Luis Borges.  Maya Angelou browses the Bible or shuffles a deck of cards.  William Least Heat Moon required a supply of cedar pencils carved by Native American artisans.  Vladimir Nabokov wanted just an ordinary No. 2 pencil and a box of lined index cards, although he couldn’t think what to write on the cards unless he was lying down smoking a cigarette.

Rituals are a form of self-hypnosis.  They allay our anxieties and afford the comfort of repetition.  Few of us would admit that they are driven by superstition.  Superstition is irrational or, as Webster’s dictionary defines it, “a false conception of causation.”  But if the thing you did last time worked, don’t mess with it, right?  If the story that popped into your head while you were hanging upside down earned you a bezillion dollars and a Hollywood contract, you’ve got to figure that hanging upside down is a critical component of your success.  Change and maybe next time the words won’t flow as easily, or maybe they won’t flow at all.

We writers are magical thinkers in spite of ourselves.  Carson McCullers always wore the same sweater when she wrote; Isabelle Allende begins writing each new novel on the same date she began her first; Steven Pressfield sets a toy cannon atop his thesaurus to fire up his word power; and A.S. Byatt needs her collection of pumice, preserved insects, and snail shells around her.

The modus operandi of some writers can seem eccentric, if not downright crazy.  Alexander Dumas claimed that he couldn’t write unless seated beneath the Arc de Triomphe eating an apple.  Dickens walked twenty to thirty miles a day and obsessively touched certain objects at least three times each day.  And William Blake couldn’t write without entering a dream state in which angels appeared and whispered their message in his ear.  He saw the spirits’ words flying about the room in all directions like a hive of disturbed bees until they finally alit in coherent order on the page.

Of course, you don’t have to be crazy to make people think you are.  Aaron Sorkin likes to act out his characters’ dialogue while watching himself in the mirror.  Back in 2010, he got into character a little too deeply, head-butted the mirror, and broke his nose.  He may since have placed a protective barrier 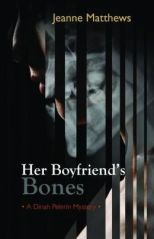 between himself and his reflection, but I’m guessing his routine hasn’t changed.  Sorkin’s kind of crazy spells m-o-n-e-y.

I think it’s because writers don’t entirely understand the alchemy of transforming a blank page into an alternate reality that we approach the process with such a sense of mystery and trepidation.  Sometimes it seems as though a particularly compelling scene or character or a telling bit of dialogue really did come from a source beyond ourselves – whispering angels or that ineffable muse we talk about so much.  We surprise ourselves with thoughts we didn’t know we had and, instinctively, link these flashes of brilliance and bons mots to the ritual performed just prior to receiving the brainwave.

Okay.  This is where the pigeons come in.  The psychologist B.F. Skinner once conducted an experiment with a cage full of them.  He fed them at regular intervals with no regard whatever to the birds’ behavior.  What he discovered was that each bird associated the arrival of the food with whatever it happened to be doing at the time.  One bird turned counter-clockwise three times; another pointed its beak toward a particular corner of the cage; one swayed its head to and fro like a pendulum.  Each believed that his little ritual influenced the delivery of the food.

I rest my case.  Writers are fundamentally no different from superstitious pigeons.  Me, I keep a basket of buckeyes on my desk and when stuck for inspiration, I worry one until it shines.  I don’t know if this conjures up ideas or elevates my prose, but those nuts have brought me this far.  And even if it’s bird-brained to think they make a difference, I wouldn’t get rid of them for the world.  Besides, my Southern relatives assure me that buckeyes ward off arthritis.

14 thoughts on “On Writers and Pigeons”