Murder by Syllabub, fifth in the Ellen McKenzie series, will be out in July 2013.

One of the most frequently asked questions I get as an author is “do you do much research for your books?” The answer is, that depends.

I write cozy mysteries. By their definition, the plot revolves more around the people, their characters and motives than around events that require a lot of research such as the inner workings of the CIA or how to tell how long a body has been dead. That said…cozies  do require research of a sort.

In my first book, Dying for a Change, Ellen McKenzie returns to her home town after a nasty divorce, new real estate license in hand, to start life over. The plot hangs on the sale of land to a big box store that wants to come to town. I had been a real estate broker for many years when I wrote that book, and lived in a small town that had survived the arrival of WalMart. A lot of research into the details of partnerships, land sales and the effect of the threat such a store would have on the town wasn’t necessary. I’d lived through it.

Nor was it in my second, Give First Place to Murder. The story takes Ellen reluctantly into the world of Arabian horses and horse shows. I had a lot of experience with horse shows. A lot. I knew about breeding, transporting, showing. I knew how wonderful most of the people involved were, and had met a few I would have loved to kill. So I did. It did not, however, involve research.

And Murder For Dessert opens in a winery during a prestigious wine maker dinner, featuring a famous chef who ends up dead in a wine fermenting tank. Such fun. The town where I then lived was home to some of the most famous wineries on California’s Central Coast. I had visited most of them and was fortunate enough to know some of the owners and wine makers. I had sipped wine on the cellar floors, wandered in the vineyards, represented both buyers and sellers of wineries and vineyards. I’d done a lot of research but not for the express purpose of writing the book. That came later but I sure made use of the knowledge I’d gained.

A lot of Murder Half-Baked takes place in a bakery, and as I’ve said about cozies, it is mainly about the characters. Why the victims came to be that way-dead-and what happened to make the killer kill. However, since it is in a bakery it seemed only fair to look into how a bakery works, which isn’t much like your average household kitchen. At least, not much like mine. I’d never heard of a pouffer before I started looking into this and at first

thought I had the spelling wrong. I didn’t. It’s a sort of oven that gets the bread/pastries to rise more quickly. It turns out bakery people are very generous with their information as well as their cherry Danish. I learned a lot about what goes on behind the scenes while feeding my sweet tooth.

However, Murder by Syllabub was different. I had been to Colonial Williamsburg several times and was fascinated by life in the eighteenth century. Did you know that the expression “sleep tight” came about because there were no box springs, just rope ties and if they weren’t tied tight you sagged. All night.  An “old goat” was a man who wore a wig of exactly that. Hair of the goat. Not the most expensive or best smelling wig available. Hence, the rather derogatory “old goat.” I’m still not too sure how they got enough hair off the goat to make a wig. Most of the goats I’ve known didn’t have a lot to spare. I went to Williamsburg twice, stayed in the historic district, watched women make wigs, cook in the Payton Randolph house and the Governor’s mansion, tend the flower and vegetable beds which contain no flowers not planted in the eighteenth century. I learned about clothes (no zippers and pockets were carried instead of sewn in), breeds of animals, lighting, fabrics, furniture, all kinds of things, many of which do not appear in the book. Lots, however, do. I bought books on eighteenth century living and poured over them investigating rooms both modest and elegant, read recipes, and watched people blow glass.

So, if someone asks me now, do you do research, I can truthfully answer. Sometimes. 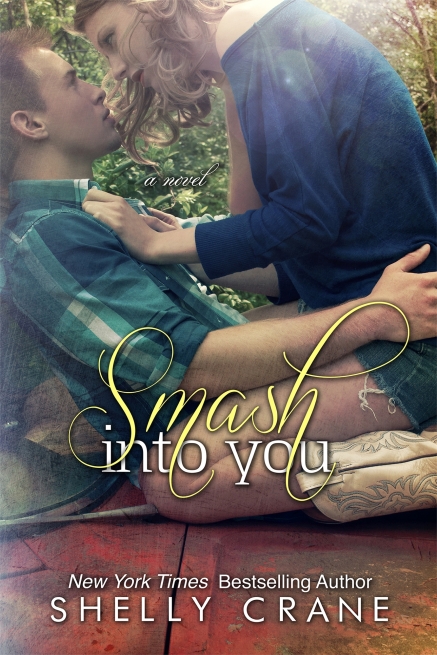 Jude has spent the whole twenty three years of his life running. From what, he wasn’t quite sure. His

mother tried to keep him safe; a low profile, a constant move on the horizon, a week’s pay always

stashed away. She tried to instill in him that he was special somehow, though would never elaborate.

He never felt different. He was so completely normal and vanilla that he wondered if it had all been

in her head. But then she was murdered and all he saw was a running silhouette of a man as

his mother said three final words to him. Three words that changed his whole being.

Now he’s semi-settled into a big town. The college is huge and easy to blend into. It’s been three months

since he had to move because ‘Biloxi’, as he calls the man who killed his mother, found him once more.

Then Marley, an eighteen year old girl who is as infuriating as she is blissfully ignorant of her

whatever it is he has that Biloxi wants, she has it, too. And now, they’re after them both. 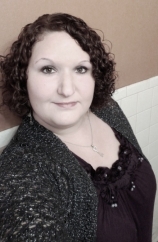 Shelly is a New York Times & USA Today Bestselling author from a small town in Georgia and loves everything about the south. She is wife to a fantastical husband and stay at home mom to two boisterous and mischievous boys who keep her on her toes. They currently reside in everywhere USA as they happily travel all over with her husband’s job. She loves to spend time with her family, binge on candy corn, go out to eat at new restaurants, buy paperbacks at little bookstores, site see in the new areas they travel to, listen to music everywhere and also LOVES to read.

Her own books happen by accident and she revels in the writing and imagination process. She doesn’t go anywhere without her notepad for fear of an idea creeping up and not being able to write it down immediately, even in the middle of the night, where her best ideas are born.