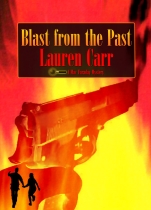 In this fourth mystery on Deep Creek Lake; Mac Faraday finds himself up to his eyeballs with mobsters and federal agents. After an attempted hit ends badly with two of his men dead, mobster Tommy Cruze arrives in Spencer, Maryland, to personally supervise the execution of the witness responsible for putting him behind bars—Archie Monday! Mac Faraday believes he has his work cut out for him in protecting his lady love from one of the most dangerous leaders in organized crime; but when bodies start dropping in his lakeshore resort town, things may be hotter than even he can handle.

Mac Faraday may be a multi-millionaire but that doesn’t mean he’s forgotten his background in law enforcement. The big city ex-cop in him can’t help but come out when things go wrong in his adopted town—and they’re going wrong in spades this time. Not only is a mobster in town to “take care” of Archie; bodies are dropping like flies and they may not all be because of Tommy Cruze. Fact is, there seems to be a plethora of unpleasant folks in town and it’s a good thing the local police chief, David, has no problem accepting help from his half-brother. It’s also a good thing that Mac’s money can buy extra protection for Archie but she may not need it so much considering how deft she is with her pink handgun.

The wonderful Gnarly has his own duties this time, not only taking down bad guys in his very effective canine fashion. He also takes on the task of making a little girl feel safe and loved, not such an easy thing to do when Sari has been more traumatized than most of us will ever experience.

Reading a mystery by Lauren Carr is always a treat and Blast from the Past is certainly no exception. Are there some flaws? Of course there are but these are easily overshadowed by a breakneck pace, one death after another, a superabundance of government agents, a little romance here and there and a good deal of Gnarly time. I can never get too much of his pooch and his human buddies.