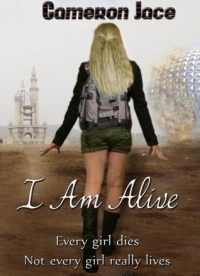 Author Note: starting 12/1/2012 this is a newly professionally edited version

Every girl dies – not every girl really lives.

Sixteen-year-old Decca Tenderstone feels captivated when she meets gorgeous and reckless Leo, who is arrogant, silent, beautiful, and shoots almost every one he meets.

They live in a dystopian future in Los Angeles where every sixteen-year-old is ranked on a scale from one to ten to determine their future. Outranks, who are considered a danger to society, are forced to attend the Monster Show, a brutal sacrificing ritual that is broadcasted worldwide on live TV, where rebellious teens are labelled Bad Kidz or Monsters and get to fight for their lives in deadly games.

To prove that you’re still alive you have to scream I Am Alive every six hours. Lower your voice, and you’re dead.

Deccaa doesn’t need Leo’s company. She has a secret of her own. While they both can’t stand each other, she will find out why she doesn’t fit into any rank.

Nothing will stand in her way as she has to make choices concerning love, life, staying alive, growing up, and finding out who she really is.

An Excerpt from I Am Alive by Cameron Jace

The first thing I see when I wake up is a pair of beautiful green eyes. It’s Leo.

He is holding a bar of chocolate in his hand, and he doesn’t have a sleeping bag. I crawl sleepily out of mine.

“Really? I thought I heard you cry out.”

“So? Can’t a girl have some privacy in a bad dream? Why are you awake?” The rest are asleep.

“Just checking on you.” He smirks, a little better than usual, with a smile hidden somewhere. “I brought you chocolate,” he offers.

I take it abruptly. “You found my weak spot.” I bite hard. The chocolate tastes funny. “So what’s yours?”

“That, we have to talk about when we get out of here alive.” 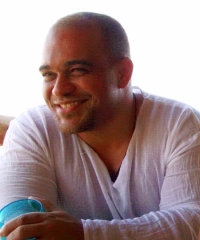 Wonderlander, Neverlander, Unicorn-chaser, enchanter, musician, survived a coma, & totally awesome. Sometimes I tell stories. Always luv the little monsters. I write young adult paranormal romance, urban fantasy, and science fiction mostly. The Grimm Diaries series is a seven book saga that deals with retellings of fairy tales from a young adult POV – it connects most of the fairy tales together and claims to be the truth about fairy tales. I live in San Fransisco and seriously think circles are way cooler than triangles.