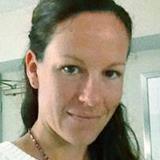 I am a wife and entrepreneur living and working in Florida. I am also a graduate of Mount Holyoke College,

where I majored in Biology. It was always my assumption that I would end up making research my life. Though it

did not work out that way in the end, my passion for Biology remains intact.

I have always loved biology-based science-fiction and the young adult genre. It is in this vein that I offer my work.

The year is 2033 and the world hovers on the edge of explosion as unexplained crop deaths lead to severe global food shortages. In the United States, the Sickness is taking lives slowly, creeping its way into every family. Fi Kelly has already faced the Sickness in her own family, toughening her beyond her years. But a shocking confession from her dying father will push her toughness to its absolute limits. Saddled with an impossible secret and the mission of saving her little sister, Fi sets out to transform herself into the warrior that she must become to survive the coming collapse. Along the way, she will discover that evil can be accidental and that love can be intentional.

It’s not easy to come up with a post-apocalyptic theme that makes some sense but Rachel E. Fisher has conceived a very plausible premise what with all the food crop modification and genetic engineering that has been going on for years. There are some holes—it’s doubtful the food rationing would come as such a surprise to people because they would have begun to notice some shortages and it’s unlikely everything would go the Family’s way for so long with no battles between the Family and Others  and no violent deaths—but the general idea is a good basis for worldbuilding.

Most of the author’s worldbuilding starts out well but could use more fleshing out. For one thing, I couldn’t get a handle on exactly where they started from. They’re heading into upstate New York but, after wintering over and Fi turning 15, it has been about a year but they’re only four days away from New York City. A comment made by Fi regarding her love of the city led me to believe that her home was not terribly far away but it takes almost two years altogether to reach Eden, which is past Montreal and there is no description of a second winter. Even with wintering over and avoiding roads, it doesn’t seem as though it should have taken nearly so long. So, where did they start and how far did they actually walk?

Worldbuilding is critical in this subgenre but so is character development. In the beginning, Fi is only 13 but she ages to 16 during the story. I don’t find it unbelievable that such a young girl would do well in martial arts and weapons training but her always being right in her decisions isn’t at all likely and I question her immense luck during her raids. I can actually understand why adults would choose to let her be the Leader because, in a time of extreme crisis, we tend to rely on those who behave as though they are prepared as Fi certainly is. On the other hand, Fi thinks the “Sickness” means all serious disease and that it is all caused by the bad food but that seems a very naive notion.

Romance plays a role, naturally, but I like the way Ms. Fisher handled it, quite appropriately for the ages involved and I also like that it takes all three of the main players quite a while to really acknowledge their feelings. It’s a combination of romance and true friendship that does exist in real life and I’m glad the author mostly steered clear of passionate embraces, longing gazes, heartfelt silences, etc.

While there are some weaknesses in Eden’s Root, there is much to like about it and I’m looking forward to the second book, Seeds of War, where I hope to find answers to some of my questions. I’ll enjoy continuing the adventure with Fi, Asher and Sean as well as many others in Eden. 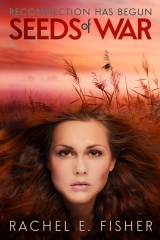 The mission of Eden must be fulfilled and Eden’s best Seekers are needed. Forming a new group they dub the Seeders, Fi, Asher, and Sean are joined by a new addition as they set out to bring hope and support to the Topsiders in the form of radios and heirloom seeds. Their experiences Topside prepare them for the threat from marauding gangs they call Lobos, but it is a different, less obvious sort of threat that takes them by surprise. As radio broadcasts begin to reconnect Eden and the Topsiders, the Seeders stumble upon mysterious broadcasts from unknown stations. When two of their own new radio stations go silent within days of each other, Fi and her companions realize that something is terribly wrong. Eden finds itself pitted against a growing and unknown force as their very mission lights the flames of war.

When we last saw Fi, Asher and Sean, they had settled in to the community they found in Eden after a long, arduous trek. Finding sanctuary in Eden, a safe haven from a world that has become primitive after the global destruction of food crops, was the goal and the Family put full trust in Fi to lead them there. Now, though, it is time for Eden’s people to reach out to other hidden communities and begin to rebuild society, to reconnect.

Our three young action heroes are joined by Sara, Sean’s girlfriend, on a mission outside dubbed Seeding. The intent is to share heirloom seeds that are free of the modifications that destroyed the world’s crops as well as communication tools with those living outside their hidden community. At the same time, Eden is threatened by others, some of whom seem to have skewed opinions of what mercy and compassion really mean. Fi easily steps back into the role of Leader and we begin to learn about Sara’s past and what makes her who she is. Sara is a complicated girl.

I loved being reunited with these three young people and Sara is a strong and appealing addition. Once again, older members of the community place what might be unusual faith in the abilities of the younger ones but it works in this story. Should we ever find ourselves faced with a similar apocalyptic scenario, I suspect we’ll react in much the same way—we’ll heed the advice of those with experience in areas of importance but we’ll rely on the youths among us to take on the active, protective roles and to be our hope for the future. The Seeders are the ones I would want by my side.

If anything about this second book concerned me, it’s the continuing belief, found first in Fi but now apparently embraced by everyone in Eden, that the return to heirloom planting will eliminate all cancer. That seems to me a very naive outlook as so many things other than food can lead to cancer, such as exposure to asbestos. I get the feeling that the author is pushing a personal agenda, absolutely her right, but not very sustainable.

As I had hoped, we do learn more in this second book about what brought the world to such dire straits, especially what led to the creation—and eventual fate—of the government’s Diaspora communities. On a more individual level, getting to know Fi, Asher, Sean and Sara better is a pleasure but I missed spending time with the Family from the trilogy’s first book. Perhaps we’ll see more of them in the concluding novel, Emergence. I’m eager to see what awaits our young friends and all the other survivors.

Links to buy Seeds of War:

To check out other posts during this blog tour, look here 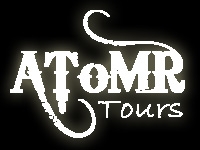