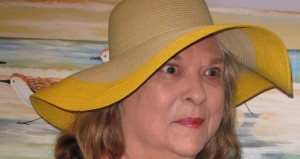 Jan Christensen grew up in New Jersey and now resides in Texas. She’s had three novels published: Sara’s Search, Revelations, and Organized to Death. And over fifty short stories have appeared in various places over the last dozen years, two of which were nominated for a Derringer Award.  She mainly enjoys writing mysteries, but every so often steps out of that comfort zone and goes for something else, including non-fiction articles. She has a column about reading in the ezine, Mysterical-e, and blogs regularly at her website.  Learn more at: www.janchristensen.com

When I began writing, I didn’t give much thought to how I would edit after I wrote the words, “The End.” And editing wasn’t too difficult at first because I started out writing lots and lots of short stories. They don’t take an enormous amount of time to edit, obviously, because, well, they’re shorter. Now that I’ve completed seven novels, and am in the process of writing two more, I realized I needed to get a better handle on the editing process. What I’ve done in the past is read the novel over and over again, changing things as I go, making notes about what I need to go back and fix because of missing it before or because of new writing. I would do this six to eight times, and when I finally said, “Enough,” I was pretty sick of the whole thing.

I’ve heard some writers say they enjoy editing, however. Maybe they had a good process all along. Or maybe they’re just wired differently from those of us who have more trouble with it. I do think beginning writers might want to think about the second stage of writing before they begin. Because it’s a huge job for a novel.

I’m not saying writing itself is easy. But after I got into the habit of doing it almost every day and learned to produce almost on demand, figuring out how to slough through a scene even when I thought the writing was dreck, I find it more enjoyable than editing. 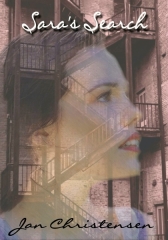 Editing has its perks. It’s fun to read over some work you haven’t seen in a while and find you like it. There’s the feeling of accomplishment because you wrote a whole story or novel from beginning, through the often difficult middle, all the way to the end. I have learned to turn off my internal editor most of the time and just let the words flow from brain to fingers onto the screen, settling into that place people love to call flow. Also known as using your right brain.

Then comes the day when you have to use your left brain for the edit. And there are probably as many ways to do it as there are writers. Since I have an older manuscript I want to get out this year that will need a lot of work, editing has been on my mind quite a bit lately. I’m been going over notes I’ve made and through books I’ve marked about editing. Below are some ideas.

First look at each major scene and ask yourself (make a checklist if you think it will help to have beside you as you edit):

If you carefully go over each scene, you’ve now completed the major part of a good edit. Next you have to get from overall chunks down to the

Next use your checklist to search for overused words. Every writer has their own list. There are a couple of helpful programs on-line that will check for how many of the same words you used in a scene, or if you get the paid version, a whole manuscript. Autocrit is a good one, as is Pro Writing Aid.

Some writers take the time to read the whole thing out loud. This would be the final go-through. Reading out loud has the advantage of slowing you down so you can catch small errors you missed. It also has the huge advantage of showing you where something sounds clunky or doesn’t flow right. Pay attention if you stumble. If you do, probably your reader will, as well.

There are, of course, many more ways to edit.

One trick I use since I don’t outline is to make one after each scene. Before I stop for the day, I write a few sentences to remind me what the scene is about. Here is a good way to think about it as a whole and perhaps quickly make some changes to strengthen it before moving forward. Also, if you have to take a rather long break, this outline will help you remember the important points without having to read through the whole manuscript. The other advantage is that it will help you with your synopsis or description when finished with everything else. 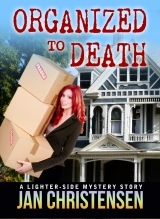 Some things to include in your outline (I made a Word table for mine. You could also use an Excel graph or just put all this info in a paragraph for each scene in a regular file):

You might include some of the checkpoints on your editing list. For example, you may notice that the scene has enough sensory details, that the POV character’s goal is clear, and that you have checked the spelling of a place name. I don’t recommend trying to tinker very much before going to the next scene in order to be able to check off those points at this stage, however. It may happen that you bag the whole scene after you type The End, and all that work would be wasted.

Editing is a daunting process, but so is writing a whole novel in the first place. If you arrived at “The End,” take a deep breath, or several, and dive in. You might be surprised as you lose yourself again in the world you created. And isn’t making your manuscript the very best it can be  your goal? I thought so.

If you’d like a copy of Jan’s editing checklist and table, it’s free for

copy of Organized to Death, your choice of print or Kindle. The

winning name will be drawn on the evening of Thursday, January 10th.

35 thoughts on “Editing in Layers—and a Giveaway”