Jinx Schwartz is an award-winning author with books in print, ebook format, and audio. Her Land of Mountains, set in Haiti in the 1950’s, is a Finalist for EPIC’s 2012 Best YA (but suitable for all ages), and her Hetta Coffey Mystery Series has won the EPPIE for Best Mystery. All of her books are no available in Kindle and other ebook formats for .99.

Raised in the jungles of Haiti and Thailand, with returns to Texas in-between, Jinx followed her father’s steel-toed footsteps into the Construction and Engineering industry in hopes of building dams. Finding all the good rivers taken, she traveled the world defacing other landscapes with mega-projects in Alaska, Japan, New Zealand, Puerto Rico and Mexico.

Like the protagonist in her mystery series, Hetta Coffey, Jinx was a woman with a yacht—and she wasn’t afraid to use it—when she met her husband, Mad Dog Schwartz. They opted to become cash-poor cruisers rather than continue chasing the rat, sailed under the Golden Gate Bridge, turned left, and headed for Mexico. They now divide their time between Arizona and Mexico’s Sea of Cortez.

When fellow authors ask you to review their books, is it a good idea?

I think so, but with reservations.

When I finally managed to get my first book in print (The Texicans), I also asked others to review it. Results were as follows:

Danielle Steel did not answer.

Oprah Winfrey….well, you get the idea.

Now that I have seven books in print, audio and ebook formats, it is my turn to do reviews, because since that first resounding defeat, I have gotten a lot of reviews, most of them good, so it is payback time.

The question is: Oh, dear, what if the book stinks? Or maybe the story is good, but there are so many mistakes (both grammatical and punctuation) that I am distracted.

Now, I have no trouble taking a shot at the likes of John Grisham if he does something I don’t like. Matter of fact, I sent him an email reading: John, John, John, you just have to get better endings. He did not reply. Of course, I will read his next book to see if he doesn’t fizzle at the end, and if he does, so what? People will still read everything he writes. 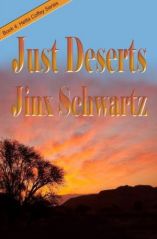 The problem arises when I review my type of writer. You know, we write, we make some sales, we write again. We are published by small idies, or are self-published, or maybe even have snagged a big name publisher, but are nowhere near the NYTimes Best Seller list.

Don’t get me wrong, I am flattered when asked for my humble opinion. After all, who am I to say what’s good or not? Reading is a very arbitrary choice.

So, I am asked to review a book. I say okay, I’ll look at it. Now what? With any luck it’s the best thing since Gone With The Wind, but chances are, it’s not.

Using the five-star Amazon review as a guideline, I take a point off a star for every typo, grammatical boo-boo, punctuation no-no (the most common being the use of a semi-colon), overuse of anything—exclamation points being the biggest offender.

Five points gone, the star is lost. However, those points can be re-earned, but not as fast as they are lost. It takes a superb plot, characters, setting, and plain old good writing (well-written narrative is of utmost importance) to overcome the sloppy stuff.

Too harsh? I don’t think so. If an author doesn’t care enough about the craft of writing to study it and turn out a good product, why should I recommend their book to others? And if I do, will readers ignore my next review because I sold them a bill of goods? Believe me folks, when you give a glowing review for a bad book, you are harming everyone involved.

I recently was asked to review a novel that came in over the transom (unsolicited), and the author spins a really good tale. Unfortunately, he needs an editor, like, right now! The book has all the makings of an international best seller, yet is so poorly crafted that I refused to do the review. What a shame. I wish I knew this person personally, because all of his friends who wrote glowing reviews on Amazon are not doing him any favors.

All that said, I doubt I’ll get a lot requests in the future 🙂